England would get knocked out in the quarter finals of Euro 2016 if the tournament was based on how healthy each nation is. Based on health statistics, Switzerland would walk away as European Champions for the first time in the competition’s history, narrowly beating Iceland on penalties in the final.

Durham University’s  analysis1 of differences in life expectancy for men in the 24 countries taking part in the forthcoming football tournament shows huge health divides across Europe and highlights the links between where you live and how long you live.

The European Health Championship is an accessible way to shed light on these stark differences. It scores each nation’s football team based on the country’s male life expectancy at birth for 20132. From these scores, the winners and losers of each group are decided as well as the results of the games in the knock out stages.

The European Health Championship also reveals a clear east-west gap with worse health in the countries of Eastern Europe compared to those in the West. For example, in the host country France (the runners-up in group A), baby boys are expected to live up to 79 years old whilst in Ukraine, who finish bottom of group C, it is just 66 and in Russia (bottom of group B) it is a mere 63 years. Spain and Italy also fare well with men expected to live up to 80 in those countries.

But what explains these differences in health across European countries? Why do some countries perform so much better in health terms than others? Geographical research suggests that the answer is twofold: the health of places is determined by the population composition (who lives here) and the environmental context (where you live).

Who lives here? The demographic, health behaviours and socio-economic profile of the people within a place influences its health outcomes. Generally speaking, health deteriorates with age3, women live longer than men4, and health status also varies by ethnicity5. Levels of smoking, alcohol, physical activity, diet, and drugs6 – all influence the health of populations significantly. The socio-economic status of people living in a country also matters as those with higher occupational status (e.g. professionals such as teachers or lawyers) have better health outcomes7 than non-professional workers (e.g. manual workers). So differences in the characteristics of people in the countries of Europe will contribute to these country level differences in life expectancy.

However, research also shows that where you live matters. The economic environment8 of a country, such as poverty rates, unemployment rates, or wage levels can influence health. Countries with lower poverty rates, for example Switzerland or Iceland, do better than countries with higher poverty rates9 such as England. The social environment10, including the services provided within a country to support people in their daily lives such as child care or health care and welfare, can also impact on population level health. The physical environment is also important determinant with research suggesting that proximity to waste facilities11 and brownfield or contaminated land12, as well as levels of air pollution13 can negatively affect health. So countries with worse economic, social or physical environments will have worse health outcomes.

These links between health and place are explored further in Professor Clare Bambra’s forthcoming book Health Divides: where you live can kill you. Reducing health inequalities between and within the countries of Europe is also the focus of HiNEWS15, an international project led by the Department of Geography at Durham University16.. It is funded by the New Opportunities for Research Funding Agency Co-operation in Europe (NORFACE17) which is a partnership of European research councils including the Economic and Social Research Council (ESRC18).

The HiNews project and Durham University’s Centre for Health and Inequalities Research are a partner of EuroHealthNet’s Centre for Innovation, Research and Implementation for Health and Wellbeing (CIRI). EuroHealthNet will take forward the scientific evidence developed and achieved in the HiNews project by disseminating and incorporating it in its advocacy for policies promoting health, equity and wellbeing in Europe.

5 Parliamentary Office of Science and Technology (2007) “Postnote – Ethnicity and Health”, available at http://www.parliament.uk/documents/post/postpn276.pdf

13 Walton, Heather (2002) ‘Quantification of the effects of air pollution in the UK for revised PM10 objective analysis’, in AEA Technology plc,  27 p., available at https://kclpure.kcl.ac.uk/portal/en/publications/quantification-of-the-health-effects-of-air-pollution-in-the-uk-for-revised-pm10-objective-analysis(1b083f60-baac-4ddd-9106-7991bc38b2c9).html 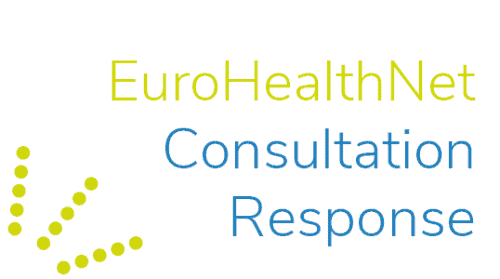